Join us at the bookstore for the Resist! Book Club, a monthly meeting where we will discuss books with a focus on radical resistance, historical and contemporary activism, and intersectionality. This month, we'll be chatting about Kindred, a graphic novel adaptation based on the book by Octavia Butler!MORE ABOUT THE BOOK: Adapted by celebrated academics and comics artists Damian Duffy and John Jennings, this graphic novel powerfully renders Butler’s mysterious and moving story, which spans racial and gender divides in the antebellum South through the 20th century. Butler’s most celebrated, critically acclaimed work tells the story of Dana, a young black woman who is suddenly and inexplicably transported from her home in 1970s California to the pre–Civil War South. As she time-travels between worlds, one in which she is a free woman and one where she is part of her own complicated familial history on a southern plantation, she becomes frighteningly entangled in the lives of Rufus, a conflicted white slaveholder and one of Dana’s own ancestors, and the many people who are enslaved by him.Grab a copy at the store if you don't already have one!

Join us on Saturday, March 25th at 6pm for the book launch of YEAR OF THE RAT by Marc Anthony Richardson, with an additional guest reading by Vi Khi Nao.


ABOUT YEAR OF THE RAT:
In Year of the Rat, an artist returns to the dystopian city of his birth to tend to his invalid mother, only to find himself torn apart by memories and longings. Narrated by this nameless figure whose rants, reveries, and Rabelaisian escapades take him on a Dantesque descent into himself, the story follows him and his mother as they share a one-bedroom apartment over the course of a year.

Marc Anthony Richardson received his MFA from Mills College.  He is an artist and writer from Philadelphia. YEAR OF THE RAT is his debut novel.  He is currently working on THE MESSIAHS.

This month, the Resist! Film Series is bringing you a double feature! Resist! is a monthly showcase of films and documentaries that focus on intersectionality, historical and contemporary activist movements, and radical resistance

SCREAMING QUEENS is a documentary from 2005 about the Compton's Cafeteria riot, where trans women and drag queens fought police harassment in San Francisco's Tenderloin in 1966, three years before the famous riot at Stonewall Inn in NYC. 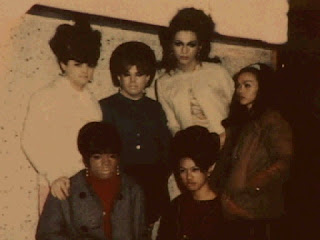 PAY IT NO MIND: THE LIFE & TIMES OF MARSHA P. JOHNSON is a documentary from 2012 about Marsha P. Johnson, a vanguard of trans justice & radical activism who was at the forefront of the Stonewall Riots of 1969. She was an actress, model, sex worker, organizer, and co-founder with Sylvia Rivera of STAR ( Street Transvestite Action Revolutionaries). 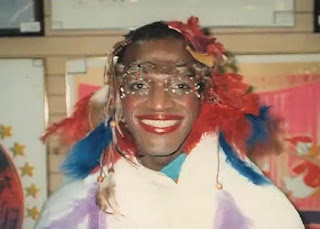 Join us at the store on March 24th at 6:30pm for a night of three fine writers sharing their work on the themes of resistance and rebellion, with glimpses of a better world.


Amy Holman is a poet and literary consultant occasionally writing essays and fiction in Brooklyn, New York, and who teaches poetry workshops at The Hudson Valley Writers Center. Magazine editors have nominated her poems and nonfiction for Pushcart Prizes, a fiction chapbook made it to finalist at Anchor & Plume in 2015, a poetry chapbook won the 2004 Dream Horse Press contest, and Robert Bly selected a poem for The Best American Poetry 1999. Her most recent book is Wrens Fly Through This Opened Window (Somondoco Press, 2010).

Anna Mockler’s novel, The Rat Hunt Boys, a black comedy of revolution in dystopia, was published 2016 by Autonomedia/ Unbearable. Her story collection, Burning Salt (StringTown Press) appeared in 2004.  Mockler’s fiction has appeared in Brooklyn Rail, Sensitive Skin, Exquisite Corpse, and several anthologies, including Unbearables anthologies 2009 and 2011, and Wreckage of Reason: Anthology of XXperimental Prose by Women Writers (Vol. I 2008; Vol. II 2014), etc. She left Brooklyn for Seattle in late 2016.

Bonny Finberg’s novel, Kali's Day, was published in 2014 by Autonomedia/ Unbearable Books. She is the recipient of a 2014 Acker Award For Fiction.  Other publications include a short story collection, How the Discovery of Sugar Produced the Romantic Era, (Sisyphus Press, NY) and a poetry and collage collection, Déjà Vu (Corrupt Press, Paris), as well as short work in numerous journals, e.g., Brooklyn Rail, Sensitive Skin, and anthologies like The Outlaw Bible of American Poetry. She lives in New York City and is working on her second novel.

Join us at the store on Saturday, March 19th at 7pm for the launch of Alice: Memoirs of a Barbary Coast Prostitute edited by Devon Angus and Ivy Anderson.

"A Voice from the Underworld," the serialized version of Alice Smith's story, originally published in the San Francisco Bulletin in 1913, has until its recent republication, gone forgotten as a key piece of radical U.S. history. Alice Smith's story attracted the attention of the famed anarchist and feminist activist Emma Goldman, who found "A Voice from the Underworld", and the many letters written in response by other working class women and sex workers, to offer a uniquely radical perspective on the questions of sex, class, gender, and marriage. The publication of "A Voice from the Underworld" also marks a significant transition in the career of newspaper editor Fremont Older, who later gained fame within radical circles for his work with criminals Donald Lowrie and Jack Black in the name of prison reform, and his defense of Tom Mooney and Warren Billings, San Francisco's own Sacco and Vanzetti, who were wrongfully convicted of bombing the pro-war "Preparedness Day" parade that took place in 1916. In 1917, Fremont Older would work with several of the sex workers he had met during the run of Alice's story to organize the first sex worker's rights protest in U.S. history, which took place on January 25th, 1917. Join Ivy Anderson and Devon Angus in a discussion about these early strains of activism and how they influenced later feminist, queer, and sex worker's rights movements.

Ivy Anderson is a San Francisco–based writer who focuses on issues of ecology and radical history. Her reportage on water management issues was published in Water Efficiency Magazine and and her poetry in Poecology. She holds a B.A. in environmental studies with a minor in geography, runs a community garden, and is on the board of a bookstore collective in San Francisco.

Devon Angus is an artist, activist, and historian based in San Francisco. He composed and performed a conceptual folk operetta based on San Francisco history, The Ghosts of Barbary, throughout the Bay Area, Switzerland, and Italy. He organized and published a series of oral histories of immigrants in the Catskills region, and was the recipient of an arts grant through the New York State Council on the Arts for his show Songs and Stories of Old New York.
Posted by rex at 5:14 PM No comments: