Join us at the bookstore on Tuesday, December 20th at 7:30pm for the season finale of the Manhattanville Reading Series (a Franklin Park Reading Series-affiliated event for emerging writers).

MITCHELL S. JACKSON is a 2016 Whiting Award recipient and the author of the novel The Residue Years, which won The Ernest Gaines Award for Literary Excellence and was a finalist for the Center For Fiction’s Flaherty-Dunnan First Novel Prize, the PEN/ Hemingway Award, and the Hurston / Wright Legacy Award. He received an M.A. in writing from Portland State University and an M.F.A. in Creative Writing from New York University. A Portland, Oregon native, he lives in Brooklyn and serves on the faculty of New York University and Columbia University.

NANCY HIGHTOWER has published short fiction and poetry in journals such as storySouth, Sundog Lit, Gargoyle, and Word Riot. In October 2015, Port Yonder Press published The Acolyte, her first collection of poetry that rediscovers myth and ritual through a surreal, feminist interpretation of biblical narratives. Kinds of Leaving, her short story collection, was shortlisted for the Flann O’Brien Award for Innovative Fiction in 2014. She cohosts the live literary journal Liars’ League NYC with Andrew Lloyd Jones. She teaches at Hunter College.

CARRIE COOPERRIDER is a writer and visual artist who lives in Staten Island. Her work has appeared in New York Tyrant, The Southampton Review, Marginalia, Cabinet Magazine, the Antioch Review, and Artishock

EMILY CEMENTINA received her M.F.A. in fiction from The New School. She teaches first-year writing at CUNY and is a co-host of Sunday Salon, a monthly reading series in the East Village. She has published work in Fwriction and has just completed her first novel.

For more info on the series, visit their tumblr page!
Posted by rex at 4:11 PM No comments:


Unnameable Books is thrilled to host Sarah Schulman for a reading and discussion of her newest book, Conflict is not Abuse.

Though it's hard to gauge attendance via a Facebook event, we're expecting a big crowd in our *small* space, so *please* arrive early to ensure a seat/place to stand. Hopefully, we won't have to turn anyone away for lack of room. As an alternative, we'll be livestreaming the talk on Facebook-- more on how to access that stream soon!

More About Conflict Is Not Abuse:
Novelist, playwright and non-fiction writer Sarah Schulman’s latest book is a timely and searing rejection of the cultural phenomenon of blame, cruelty, and scapegoating, revealing how those in positions of power exacerbate and manipulate fear of the “other” to avoid facing themselves. She illustrates how Supremacy behaviour and Traumatized behaviour resemble each other, through a shared inability to tolerate difference.

SARAH SCHULMAN is the author of seventeen previous books, including the novels The Cosmopolitans, Rat Bohemia, and Empathy, and the non-fiction books The Gentrification of the Mind: Witness to a Lost Imagination and Ties That Bind: Familial Homophobia and Its Consequences. Her latest book is Conflict Is Not Abuse: Overstating Harm, Community Responsibility, and the Duty of Repair. Her many honors include a Guggenheim Fellowship (Playwriting), a Fulbright Fellowship (Judaic Studies), and the Kessler Award for Lifetime Contribution to LGBT Studies. She is a Distinguished Professor of the Humanities at the City University of New York College of Staten Island.
Posted by rex at 12:42 PM No comments: 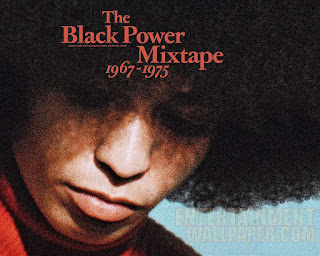